My fairy garden is something we see all the time on the TV and Corey’s cousin has one and corey was always talking about a fairy garden. When a PR company reached out and asked if we would like to try it I knew it would be a massive hit especially for Corey. A few months ago we had given his dummies to the dummy fairy he loved the whole idea of the fairies so I told him she had sent us this to build her a home! 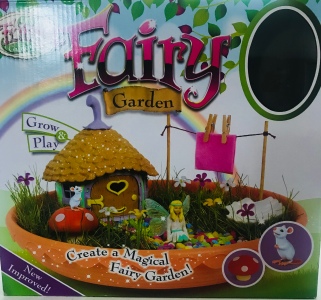 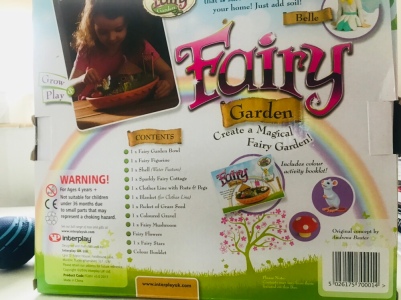 We have had a mega heat wave in the UK over the last few weeks so its been hard for us to do the garden as it grows real grass and needed soil. But as the ground was so dry and solid we had to wait for a bit of rain to get our soil hah! But today it finally rained!! We went in the garden and Corey dug his soil up. Derry wasn’t feel well today so didn’t join in for much which Corey was over the moon about, being he got to do it alone. 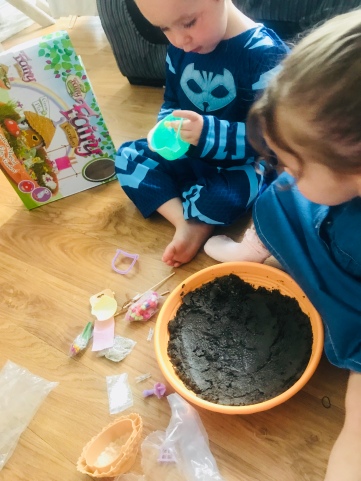 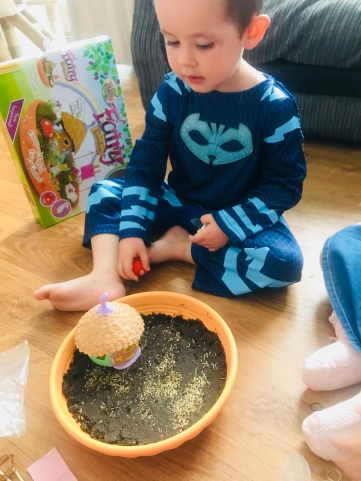 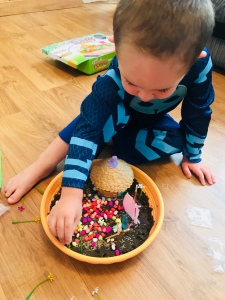 e included) and then we placed her house in. He didn’t want any help so the seeds were kind of dumped in the same spot so he spread them with his spoon. I wanted to make the path with the stones included but I wasn’t aloud any part in decorating haha! So again the path was more dumped out the bag and we spreaded it around after. Something that really made Corey laugh and made the whole fairy seem real was putting up her washing line. He found this hilarious picturing her doing her washing. We made it into a story of her doing her cleaning and her gardening and he absolutely loved it.

Once everything was in place and we’d finished our story, it was time to sprinkle on the magic! (included is a pack of stars we called it the magic) This has to be sprinkled on so that while we are all sleeping the fairy can come to life! So we sprinkled over the magic and we named her Trixie the pixie because in our story this cheeky fairy played tricks on us. I have planned tonight just for some fun once the kids are in bed me and mark are going to put toilet roll over the livingroom. Kind of like elf on shelf but it will be trixies first trick! To show Corey the magic worked hah! I love being a parent and doing things like this to watch their faces light up believing the unbelievable! 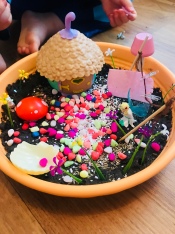 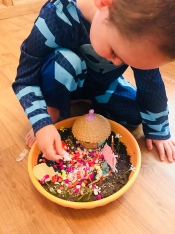 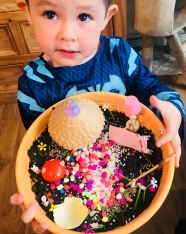 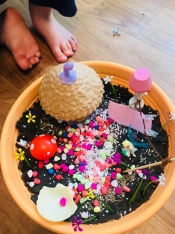 The grass has to be watered to grow so the fun will continue and he knows he has to water it abit everyday so hes excited for that to! I love all the little extras like the mouse and toad stool. We added a lamp from our wooden dolls house because corey didn’t want her to be scared at night time hah! We love our fairy garden. I DO BELIEVE IN FAIRES I DO I DO! ( If you don’t understand that reference your scrooge haha) I highly recommend the My fairy garden RRP £14.99 BUY HERE  They also have a unicorn garden in the range plus lots more accessories for your fairys garden! 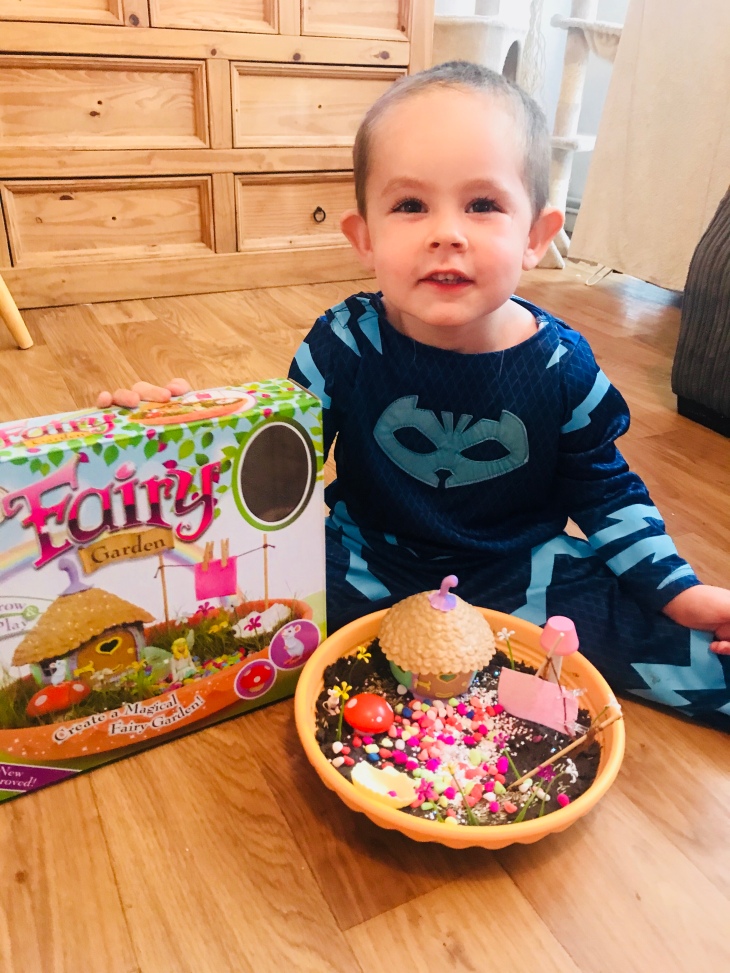 Do you believe in fairies? leave us a comment. Have a fairy filled day!

Disclamier – These products were gifted to me no contract review was agreed. These opinions are all my own regardless and I am always completely honest in my reviews.