As a family one of our favourite things to do is to have a games night, usually on a Saturday evening we’ll switch off the technology and all sit around the dining table and off we go. We’ve spent countless hours at our table playing all different board games from big to small and its such a memory maker, we laugh we talk we play and we all love it even if we do has the occasional “your cheating” shouted out haha!

We were Kindly sent out some games from coiled spring to review. Ill start with our favoitre out of the 3 and its the simplest little game but we really have played it non stop. Even me and mark have played this while the kids are in bed. Its so small and simple no setting up and can be played quickly. 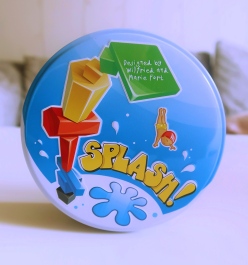 Splash! How simple does this look. The aim of the game is to build up a tower without knocking it down. You start by diving up the pieces and then from there the first player gives the player to the left a piece which is placed as the base, then that player gives a piece to the next person either the same shape or same colour which is then placed onto the tower. We didnt quite get it right in the photographs with the pieces but afterwards we got it correct and the kids only be 3 and 5 played it perfectly. The concentration on their faces really made me laugh. 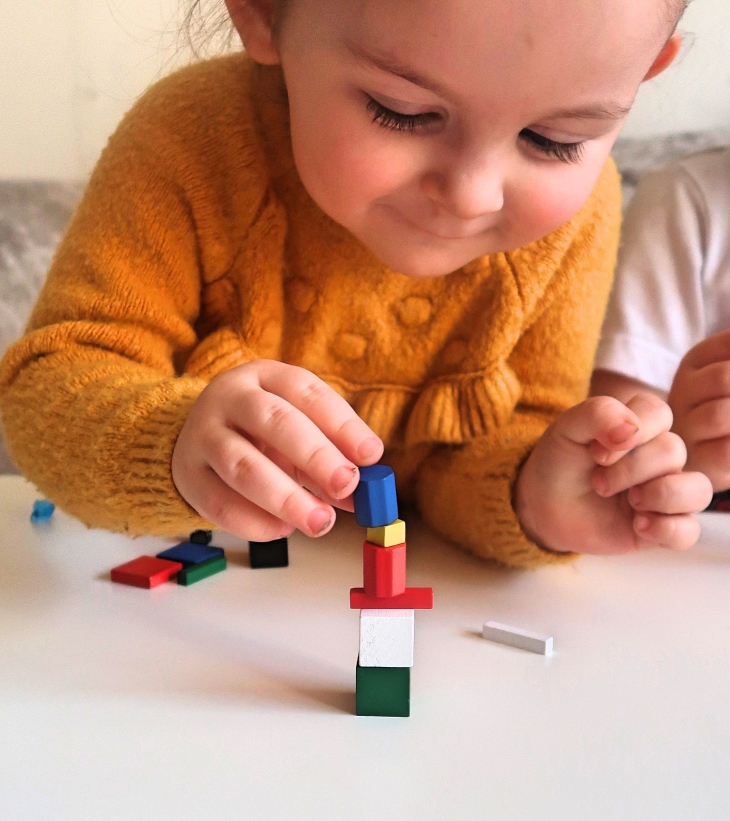 The game is the simplest thing in the world to play but it really is a crowd pleaser. We’ve had many many games of this since it arrived and we shall be taking on our holiday too as its so small it can easily be packed away to travel.

The gems were used to give on to the winner so whoever won that round got a water splash gem. I highly recommend this little game its competitive and fun to play. Splash is available to buy here and retails for £12.99

Zoo run was another fun game we enjoyed and the kids found it easy to follow along. Something I don’t like with games is being to complicated where the kids have to keep asking whats going on which wasn’t the case with this game. This is a 2 in one game too!

The aim of the game is to form animals in within your 3 cards and help them escape the zoo before the zoo keeper reaches them. The kids really enjoyed this part and became very worried when the zoo keeper reached the pen and we still had one poor animal whom was caught. Derry was very concerned by this as you can see in the picture hahah!

The second game we haven’t got around to playing yet but the aim is to race your character to the finishing line by forming animals with your cards. I think this game for ages 6+ maybe abit more tricker for the kids to follow but not difficult with a little help. We’ve really enjoyed this game and the kids have actually played this alone even setting up themselves. This canpurchased here and retails for £16.99

And lastly is Little Battle this game took abit longer than the rest and it did take a while for the rules to be read and understood. Derry being 3 didnt really understand what was happening in this game and so it wasn’t as enjoyable as the rest for her. She is 3 and the box does state 5+ so I would bare that in mind if you do purchase. The aim of the game is to collect the most loot/treasure by playing your cards that you’ve chosen which are the team of adventures you choose in part 1 of the game. Cards have to be passed around and collected so for us both the kids found it abit difficult but I really think that is an age thing 3 and 5. I would say more so 7 years and up would find this game abit easier and enjoyable. Once we got the hang of it we did enjoy it however I would bare in mind the age thing. This game can purchased here and retails for £10.99.

Thank you so much to Coiled Spring for sending these games out we’ve had alot of fun trying them and really enjoyed them in our games night.

The party has started!! Happy Easter everyone! We’ve been awake since 4.30 so today’s going to be a long bloody day! Birthday boy is so excited for his party and Tomorrow is his birthday! Happy times 💙
#AD Have you tried the new Oosh Potions Slime Surprise from @zuru.toys We had so much fun creating our potions filled with glitter, stars and more!! There are 8 to collect which one will you create. They can be purchased at Tesco!
Happy Valentine’s Day Everyone! The kids have given there flowers, chocolates and card to there best friends. Which happen to be our next door neighbour. Corey is infatuated with Livvy (his girlfriend) 😂 I think it’s good to teach the kids how to treat a partner or friend. I do hope they remember the little things like this like the time dad rode miles to Asda to get flowers for them to give out. Palentines & Valentine’s done! #valentinesday2021
This is my favourite photo of the kids. I remember this day so clear we’d been to the park and had a picnic it was glorious weather, we walked home late in the afternoon and called at a local bakery for some scrumpy cakes. When we got home I was running them a bath and they just started messing around on the bed so I snapped some cute candid pics. I can’t wait for better days when the sun is shining and we can go on spontaneous days out free of fear of viruses and lockdowns. I hope and pray that better days are to come and we can all live life 🤍
Fun in the snow!! ☃️❄️🌨
Lock down Day 2! Anyone who’s followed our story know Corey has autism. Hair cuts have always been tough for us. hair clippers even hairdressers used to be terrible. The noise of the equipment would send him into a melt down of pure panic making him throw up .In recent years we over came the hairdressers part and we’ve happily managed scissors cuts at the barbers. But with lockdown that’s impossible obviously. Corey’s hair had become so long it was over his ears and touching his neck which yesterday made him cry at the feeling of it. So today he agreed to a clippers cut! We had a few tears and dry heaves BUT HE DID IT! Autism 0 - Corey 100000!! 💙💙💙